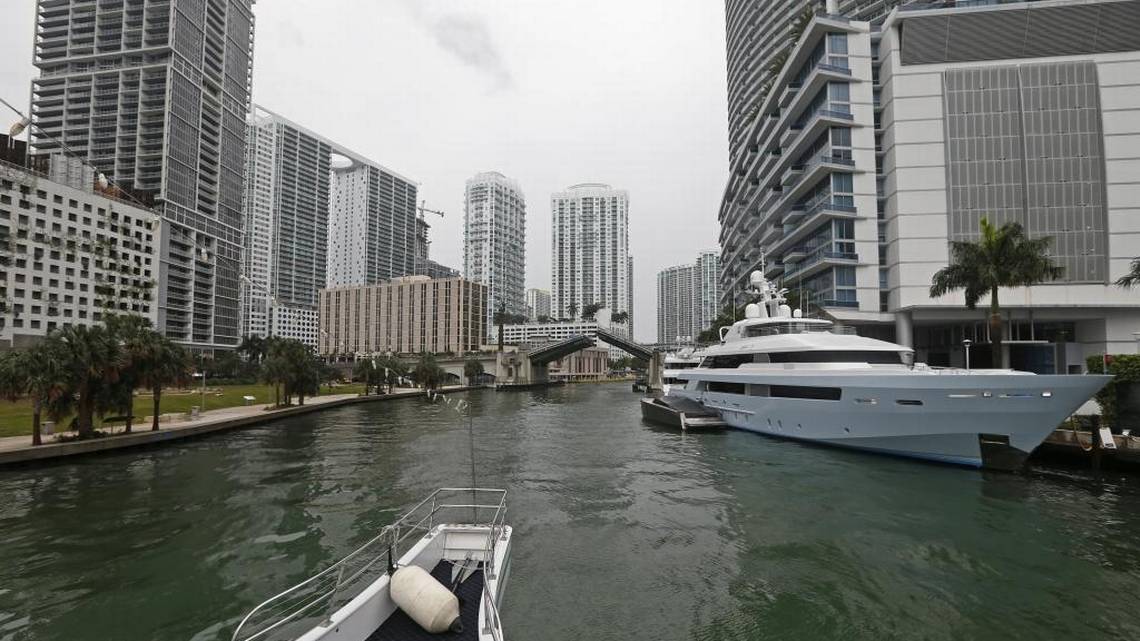 The banks of the Miami River are undergoing a renaissance. AL DIAZ MIAMI HERALD STAFF/FILE, FEB. 5, 2015

Miami’s real-estate market continues to evolve and, as it does, so too does our great city. Developers have been reawakening once-blighted areas and refashioning industrial and forgotten neighborhoods including Sunset Harbour, Miami’s Design District, Wynwood, Edgewater and downtown. Now the tide is rising on the Miami River as the next frontier of waterfront development. The river, the birthplace of Miami, is setting a new course for the city’s future.

The river has played an important role in Miami’s history, serving as the home of the Tequesta Indian tribe, a military installation during the Seminole Wars and the “mother of Miami” Julia Tuttle. From historical site to commercial hub, a new wave of city living is set to wash into the heart of Miami.

The recent renaissance of the Miami River began quietly, with popular eateries and hot spots sprouting along its banks, including the instantly popular SeaSpice and newly opened River Yacht Club. Duck and Waffle, Edge, Sushi Samba, River Oyster Bar and Fox Hole Marketplace and Deli will add to the lineup of longstanding establishments, including Garcia’s Seafood and Casablanca.

Many developers have revealed their plans for luxury high-rises for the riverfront.

One such developer, KAR Properties led by Shahab Karmely, unveiled their vision for the three parcels they assembled on the banks of the river — the Rafael Viñoly-designed masterpiece, One River Point. Nestled within downtown’s only private gated park on the Miami River, One River Point proves that landmark luxury doesn’t have to be built on sand. The exclusive pair of glass-enclosed towers have already struck a particular note with New York buyers, who resonate Rafael Viñoly’s name with 432 Park — arguably Manhattan’s most prestigious address — and can appreciate One River Point’s relative value at a fraction of the price of comparable luxury living in Shanghai, Singapore and other global cities.

Just last week, plans were announced for a 69-story, 384-condo tower at 300 Biscayne Blvd. Way. — Epic 2. It is proposed by Riverwalk East Developments, led by German Coto and Gloria Coto.

Transformative projects like these will serve as the catalyst of the rejuvenation of the area, and the Miami River will soon join the ranks of the glittering river cities of the world including London, Hong Kong and Paris.

Just as Sunset Harbour emerged from a once-predominantly industrial enclave to one that is now alive with the trendy set frequenting some of the regions’ best dining and retail spots, the Miami River will relive its heyday. Sunset Harbour is now known for its fitness outlets — spinning, boot camp, yoga and boxing — and luxury residential rising nearby. Close by, the once abandoned neighborhood that comprises the Miami Design District — is the center now known for cutting-edge fashion, food and art.

It’s hard to believe, when perusing the many shopping and dining establishments and looking up to the new condo buildings and sites slated for development in the Midtown area, that it was no less than 15 years ago the home of a dilapidated rail yard. The same could be said for the Wynwood area — although not a rail yard, a once equally undesirable neighborhood polished from rough stone to a rare gem and now counted among the many jewels in South Florida’s cultural treasure chest.

Edgewater, once seen by many as a run-down neighborhood, was viewed by keen developers as a golden opportunity. They cut deals and assembled parcels and new residents will soon enjoy water views from their luxury condos. And then there is downtown, where the mega mixed-use Miami Worldcenter project will transform 27 underutilized acres into a live, work and play paradise.

Departures magazine named Miami the “city of the future,” and the Miami River is the perfect example of how the past is giving way to an exciting new future. Our city is ready for another booming neighborhood, as well as a reimagined riverfront. While we must always remember and honor our past, it is time for Miami to see the river through new eyes.

Philip Gutman is the vice president of sales in Florida for Douglas Elliman Development Marketing. He can be reached at Philip.Gutman@elliman.com

In the Brickell area, price trend indicators were mixed as sales rose nominally. “Days on market” and “listing discount” increased.

Got a Broker’s View?

Realtors may submit columns for Broker’s View of 700 words to to rclarke@MiamiHerald.com. This feature is intended primarily for residential brokers, who will be given preference, but pieces about commercial real estate will also be accepted as space allows.