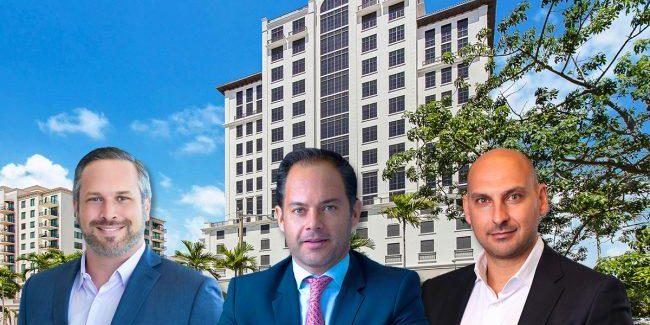 The Brickell-based company, led by Jacques and Herve Barbera, paid $3 million for three office condos at Ofizzina, a luxury office building in Coral Gables. Bar Invest plans to move its headquarters to the over 4,000-square-foot space at Ofizzina, at 1200 Ponce de Leon Boulevard, according to Phil Gutman, president of Brown Harris Stevens Miami.

TSG Group and BF Group developed the 54-unit, nearly 100,000-square-foot building, securing its temporary certificate of occupancy in August 2018, and completing the building in March. Brown Harris Stevens was hired last summer to take over sales of the then-remaining 12 units.

Seven units are now left, with prices ranging from $1.3 million to $3.5 million. The building features a fitness center, rooftop terraces and electric car charging stations. About 3,300 square feet of ground-floor retail is available for lease, and Gutman said the developers are in talks with restaurants and coffee shops to take the space.

Bar Invest purchased units on the 11th floor of the 16-story building. The company manages a portfolio of properties across the U.S., and has invested in more than 1,500 residential units and 600,000 square feet of retail, according to a release.

Other buyers at Ofizzina include technology companies, real estate family offices and financial firms. Some developers in the Aventura market have also built office condos this cycle, though Ofizzina is one of the only new developments in Coral Gables.

“We’ve noticed a huge surge of people not only relocating to the Gables but also deciding it’s no longer worth it to rent office space, and they’d rather own it,” Gutman said.

In May, Bar Invest paid $59 million for an apartment complex in Lauderhill.