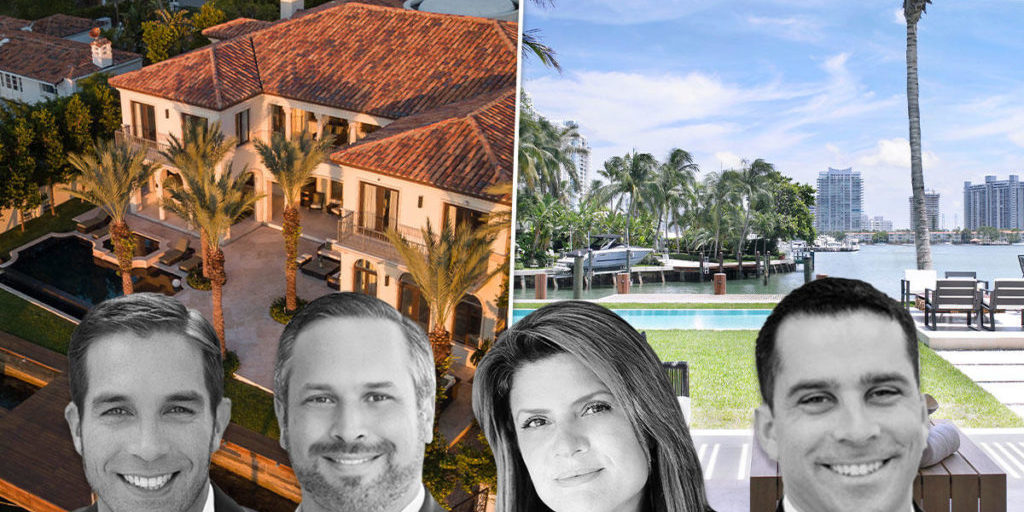 Renters are looking at houses priced between $15K and $85K a month, brokers say.

Wealthy New Yorkers are signing leases for high-end homes in South Florida, hoping to escape a densely packed city that has become the epicenter of the coronavirus pandemic.

Brokers in Miami Beach say that in the past month they have seen an uptick in interest from clients in the Northeast — especially those from New York City — who are looking to rent homes. The renters want houses on the water, preferably with pools, at prices ranging from $15,000 a month up to $85,000 a month.

“A lot of people in New York have called me, and they just don’t want to be isolated in the cold weather” and center of the health crisis, said Phil Gutman, president of Brown Harris Stevens Miami. “Our high price point hasn’t been an issue because they’re used to that New York price point.”

Most are looking for six- or 12-month leases, and out-of-towners who were already leasing properties are asking about extending their stays, agents say. David Siddons, a Douglas Elliman agent, has seen a big spike in traffic to his website from out-of-state people, up to about 85 a day, compared to 10 to 15 a day prior to the pandemic.

Gutman said he’s heard from people willing to pay in the $20,000 a month to $30,000 a month range, who want to be in waterfront Miami Beach homes or large condos. Houses are preferred, since many condo buildings have halted showings and closed off their amenity areas during the crisis.

Dora Puig, broker and owner of Luxe Living Realty, has closed five lease deals in recent weeks. She secured a three-month extension on a $20,000-plus a month rental on the Venetian Islands and another lease extension for a unit at the Four Seasons Residences at The Surf Club in Surfside, for more than $28,000 a month.

Even though non-essential businesses have been shut down in South Florida, her clients are opting not to return to states like Michigan, New York and Monaco — areas hit hard by the outbreak of Covid-19. In late March, the White House urged anyone leaving the New York metro area to self-quarantine for a period of at least 14 days. New York state has seen more than 200,000 cases of Covid-19, with nearly 11,000 deaths, as of late Tuesday, according to the New York Times.

Corcoran agent Julian Johnston said he has completed about eight house rentals in Miami Beach, with prices ranging from $45,000 a month to $85,000 a month, on the Sunset Islands, Venetian Islands and on North Bay Road. Johnston said that the renters, mostly from New York, want to be in houses because condo buildings have shut down their common areas.

The majority of Johnston’s deals are for six months and a day, including renting out the six-bedroom waterfront mansion at 4340 North Bay Road. (Miami Beach does not allow single-family homes to be rented for less than six months.)

Johnston is also hearing from hedge fund managers who have brought employees down to South Florida. Billionaire hedge funder Ken Griffin recently set up a temporary trading room for his Citadel Securities at the Four Seasons Resort Palm Beach.

One Sotheby’s International Realty agents Albert Justo and George Burns, who are part of The Waterfront Team, are getting calls from renters who are looking for houses asking between $15,000 a month to $70,000 a month.

“We already had a steady traffic of New Yorkers coming down, but more so during this crisis. Certain tenants are already renting, and they extended their leases,” Justo said. Burns said the team has worked on five leases, including renewals or extensions, over the last month.

The super rich have also flocked to the Hamptons, setting off a spike in demand and pushing rental prices up in that market.

Gutman, Puig and others are predicting — and hoping — that the renters in South Florida will eventually turn into buyers.

“People are now realizing how effective it could be, and how doable it is, to work from home,” Gutman said. “Why go back? South Florida will be a huge beneficiary from the coronavirus pandemic.”